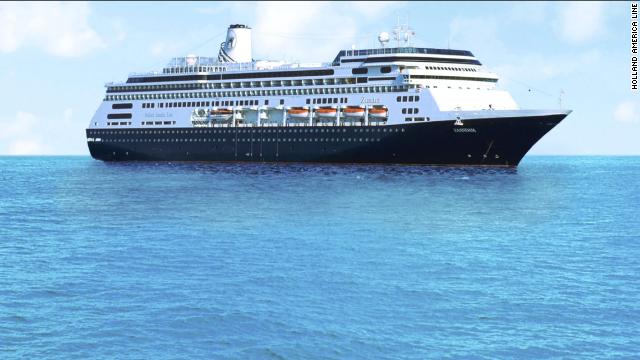 A total of 77 people aboard Holland America’s cruise ship “Zaandam” are reporting flu-like symptoms, according to a news release on the cruise line’s website and no port in South America and the Caribbean will allow it to dock.

The 77 people consist of 30 passengers and 47 crew members.

“Since it is flu season, and Covid-19 testing is not available on board, it is difficult to determine the cause of these elevated cases at this time,” the release said.

The Zaandam left Buenos Aires, Argentina, on March 7, before the cruise operator announced it would be suspending global cruise operations for a month.

The voyage was scheduled to end in San Antonio, Chile, last Saturday. According to the release, no one has been off the ship since March 14 in Puenta Arena, Chile, where guests were initially told they could disembark for flights but were not permitted to.

All ports along the Zaandam’s route are now closed to cruise ships.

A second ship is bringing help: Holland America has deployed a second ship to bring extra supplies, staff, coronavirus test kits and other support to the Zaandam.

The support ship left Puerto Vallarta, Mexico on Sunday and will meet with the Zandaam on Thursday night.

Passengers isolated on board: Passenger Maureen Foran, 75, says she has had no face-to-face contact with anyone, family or crew since the ship imposed a quarantine onboard.

“We are forbidden to leave our rooms,” Foran told CNN. “I am thankful for a window but I am getting claustrophobic.”

Coronavirus Around the World – The St Kitts Nevis Observer

Boris Johnson Admitted To Hospital Due To Coronavirus