Justice Minister Amir Ohana on Wednesday filed an appeal with Supreme Court Chief Justice Esther Hayut against Justice Menachem Mazuz’s refusal to recuse himself from hearings on the extension of the acting state prosecutor’s tenure.

Ohana said Mazuz should not take part in any hearings concerning the authority of the justice minister versus that of the attorney general, based on comments the justice had made in the past, and that not barring him from doing so would inflict “significant damage on the integrity of the judicial process.”

He said that in the past, Mazuz made “public and unusual” statements regarding the justice minister’s role vis-a-vis the attorney general, and argued that this “prevents him from handling the petition in an objective and independent manner.”

Mazuz, a former attorney general, has issued an injunction against extending the term of Dan Eldad as acting state prosecutor, which has now expired.

On Friday, Ohana filed a motion with the Supreme Court to disqualify Mazuz from the petition on Eldad’s term extension, claiming there was a “real fear of impartiality.” 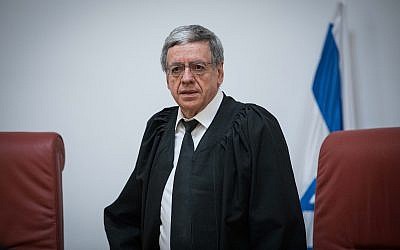 On Monday, Mazuz rejected Ohana’s request, saying that his own past tenure as attorney general over a decade ago does not constitute a cause for his recusal from discussing matters pertaining to the Justice Ministry.

Ohana has feuded with Attorney General Avichai Mandelblit as well over Eldad’s appointment and his own authority as an acting justice minister to appoint senior officials. On Sunday he rebuked Mandelblit for writing a letter earlier in the day to officials at the State Attorney’s Office saying he would be assuming the role of acting state attorney for the coming months, amid a freeze on senior appointments and following a fight with Eldad.

Eldad’s tenure expired Monday. On Thursday, Mazuz issued a temporary injunction preventing a three-month extension of his term, which Ohana had been expected to announce.

The court issued the ruling in response to a petition by a group of lawyers who said that it was “unreasonable” for the justice minister to extend the controversial Eldad’s tenure during a transitional government. The court gave respondents, including the justice minister, two weeks to respond. It also said a replacement for Eldad could not be appointed during that time.

Petitioners asserted that the post of Israel’s top prosecutor had been “hijacked” by Ohana, a close ally of Prime Minister Benjamin Netanyahu, as the premier faces trial in three criminal cases. They said Eldad was now in an unreasonable conflict of interest, with his continued tenure dependent on a confidant of Netanyahu, even as his office prepares to take the prime minister to court.

Ohana on Sunday sent a letter to Civil Service Commissioner Daniel Hershkowitz saying Mandelblit did not have the authority to appoint himself acting state attorney and that he had sent his letter without consulting or notifying Ohana.

“Such centralization of authority, which a person has taken without legal basis, is at odds with every principle at the core of our judicial system,” the minister wrote, adding that the State Attorney’s Office was not above the law and does not “belong to anyone.” 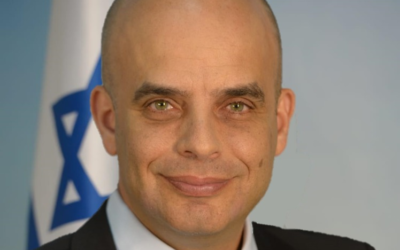 Instead, Ohana said, Justice Ministry Director General Sigal Jacoby should fill the role in the interim instead.

Eldad was appointed to the post by Ohana in a temporary capacity in February for a three-month period, after former state attorney Shai Nitzan concluded his five-year term in December and after Ohana’s previous candidate was rejected by Mandelblit. A permanent appointment cannot be made under a transitional government. Though a government bringing together the Likud and Blue and White parties is currently in the works, it has not yet been formed.

Ohana argued Sunday that Mandelblit taking over the role would also be problematic because Eldad has recommended reexamining an opinion the office had previously given in support of keeping the so-called Harpaz Affair closed. Mandelblit was a suspect in the 2010 case but eventually was cleared of wrongdoing by the High Court of Justice.

In response, Mandelblit wrote to Hershkowitz, the civil service commissioner, saying the arrangement was a temporary one that has already been implemented during the 1.5 months between the end of Nitzan’s tenure and Eldad’s appointment.

Mandelblit initially opposed Eldad’s appointment, seeing him as unsuited for the post as the head of the prosecution’s economic crimes unit.

But Mandelblit ultimately acquiesced to Ohana’s decision. He has since entered into an unprecedented quarrel with Eldad, reportedly convinced that he and Ohana are bent on ousting him from his post, possibly at the behest of Netanyahu. 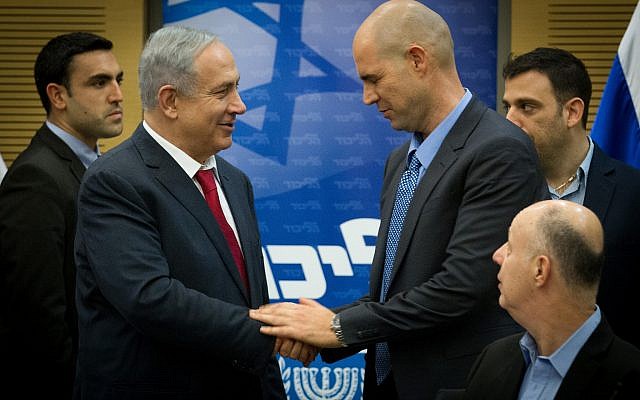 In an extraordinary letter to the civil service commissioner two weeks ago, Mandelblit expressed vehement opposition to extending Eldad’s tenure, saying he had exhibited “moral, professional and administrative failings” during his short time in office. He also said there were legal impediments to doing so, due to the fact that Ohana will likely leave the ministry.

Netanyahu has been charged with fraud and breach of trust in three criminal cases — as well as bribery in one of them — that center on accusations he received illegal gifts and traded political favors for positive news coverage.

He denies wrongdoing and has dismissed the charges against him as a conspiracy by law enforcement, the media and political rivals to force him from office. His trial is set to open on May 24.

Ohana, since his appointment last year, has railed repeatedly against the state prosecution.

In late February, several Hebrew media outlets reported that Netanyahu may seek to dismiss the attorney general or to seriously discredit him after the election held on March 2. Haaretz reported at the time that emissaries for Netanyahu had been working to dig up dirt on Mandelblit.

13 Jewish facts about ‘Hamilton’ that will make you smile

European leaders said to implore Netanyahu not to advance annexation

First Iranian tanker reaches Venezuela, no sign of US threat

For young translator of sold-out ‘Harry Potter,’ Yiddish is truly his mamaloshen

11 Amazing Photos You Missed This Week

Rich Torontonians Eyeing An Exodus From City After Pandemic: Agency

When many drivers dithered, Sakthivel drove with a purpose