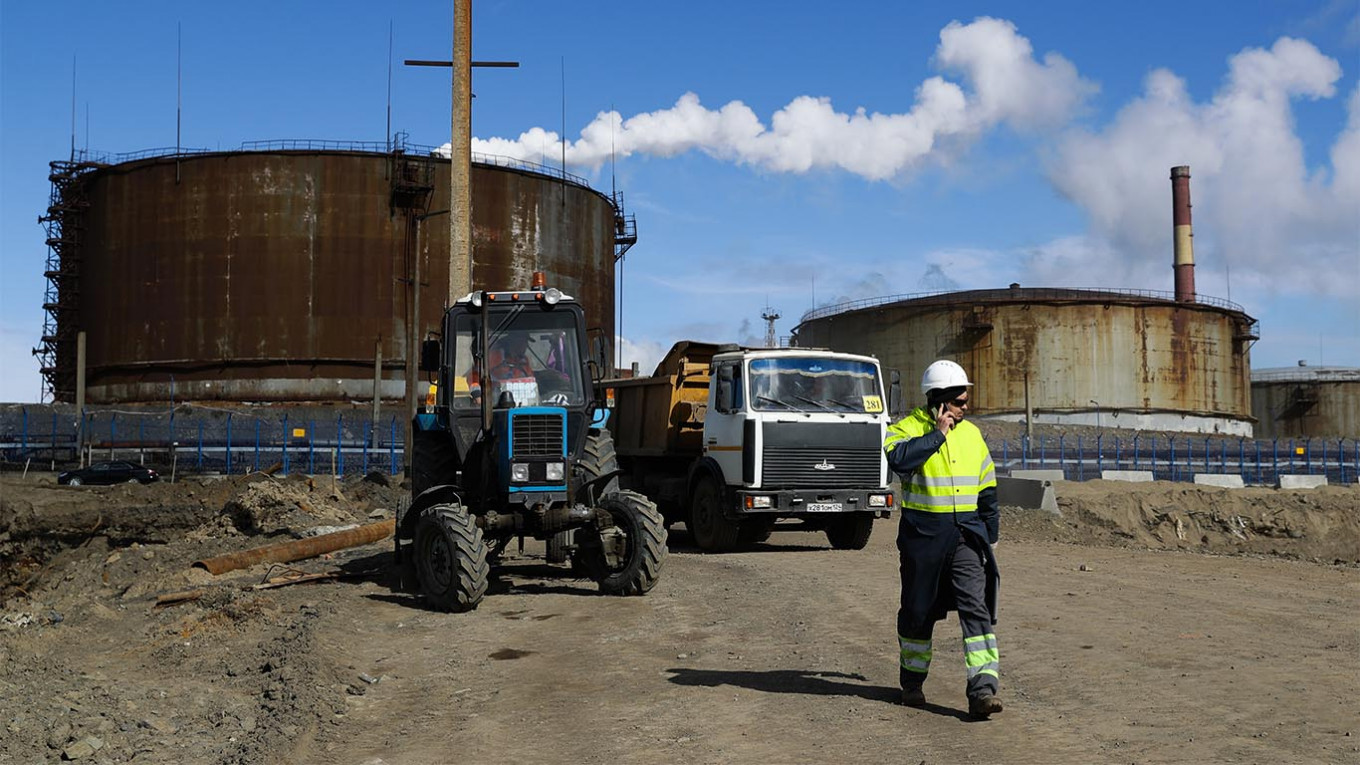 Russia’s Arctic has been hit by three separate environmental disasters linked to mining giant Norilsk Nickel in the span of a month.

The company, headed by metals tycoon Vladimir Potanin, has been accused of attempting to cover up the scale of the damage.

Here’s an overview of what has happened:

More than 21,000 metric tons of diesel leaked from a fuel storage tank at one of Nornickel’s subsidiary plants near the city of Norilsk. In what has been described as the worst-ever fuel spill in the Arctiс, the fuel seeped into the soil and colored nearby waterways bright red.

President Vladimir Putin declared an emergency following the accident, which the company said may have been caused by permafrost melt accelerated by climate change, and Potanin promised to pay for the costs of clean-up.

At least three plant managers and one operator have been detained, while the mayor of Norilsk and a federal inspector have been charged with negligence.

Authorities said this month they had cleared the spill from the surface of a nearby river, but added that the full clean-up could take years.

Norilsk Nickel’s Talnakh enrichment plant was found to be pumping wastewater from a dangerously full tanker into nearby tundra near Norilsk.

Around 6,000 cubic meters of liquid used to process minerals at the facility had been dumped, an unnamed source told Interfax.

The independent Novaya Gazeta newspaper published video from the scene in a report claiming the factory had deliberately discharged the wastewater into nearby wildlife areas. The journalists said Norilsk Nickel employees hastily removed pipes when investigators and emergency services arrived on the scene.

Norilsk Nickel told AFP that employees of the factory had pumped out “purified water” and that an internal investigation was underway.

Russia’s natural resources agency said the decision to remove water from the reservoir was taken to avoid an emergency after heavy rains and recent tests had dramatically increased water levels.

The Investigative Committee, which probes serious crimes, said it has opened an inquiry into the reports of “unauthorized dumping of liquid waste into the tundra.”

Less than 24 hours later, news agencies reported that a fire erupted at an industrial waste landfill outside Norilsk with plumes of smoke wafting toward the tundra.

Emergency officials said that they have localized the blaze and that the nearest buildings were not under threat.

Norilsk Nickel denied owning and storing industrial waste at the landfill. “We place bricks, concrete and household waste there, not industrial waste,” it told the state-run TASS news agency. “According to our information, there’s no harmful or dangerous waste there.”

Forbes reported that the landfill’s legal owner, Baikal-2000, deals with the treatment and disposal of non-hazardous waste.

Prosecutors said they plan to inspect the landfill for compliance with environmental and fire safety laws.

Activists and journalists have accused Nornickel of downplaying the scale of these disasters.

Toxic fuel from the massive diesel spill on May 29 may have already reached the Arctic Ocean despite claims of successful cleanup efforts, environmental activist Georgy Kavanosyan alleged in a recent video investigation.

Kavanosyan accused Potanin of attempting to cover up the scale of the damage. The Moscow-based hydrogeologist said he needed to take extra precautions and seek alternative points of entry into Norilsk’s polluted waterways amid heightened security measures after the spill.

Novaya Gazeta also accused Norilsk Nickel of attempts to stifle its coverage of the June 28 wastewater discharge. Its journalists claimed that authorities in Norilsk attempted to detain them three times during the course of their investigation, while airport authorities barred them from taking soil and water samples on board their flight to Moscow.

“What are Norilsk Nickel and the local security forces who are in bed with it afraid of?” asked the Novaya Gazeta-led collective of independent Russian news outlets called Syndicate-100.

Russia’s law on state secrets prohibits classifying information about the environment, it noted.

Coronavirus in Russia: The Latest News | July 13 – The Moscow Times

PA Calls on Gantz to Halt Annexation of West Bank

Paul Krugman Sinks Donald Trump With A Titanic Analogy About His...

Muted celebrations in France under shadow of Covid-19

How have some countries beaten coronavirus? – The Citizen